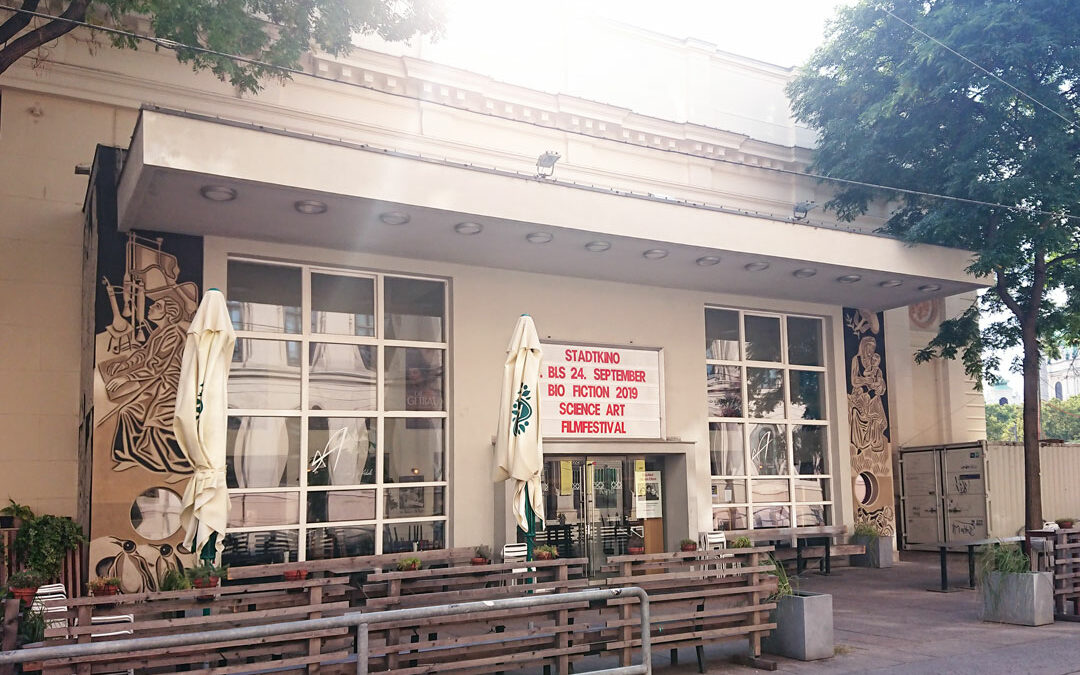 On September 23 and 24, 2019, the third edition of the BIO·FICTION Science Art Film Festival took place at Stadtkino, a beautiful and historicalart house cinema located in the heart of Vienna. For this edition we delved into neurotechnology and how it shapes the future of the human body, mind, intelligence and society. For two days, we had an exciting festival program with short film screenings, cross-disciplinary discussions, a brain-computer interface demo and an awards ceremony for the short film competition! In addition, we co-hosted a Leonardo Laser Talk on the evening of the first festival day at the Medical University of Vienna.
We were amazed by the quality of this year’s submissions to our open call for the short film competition. Almost 2000 incredible films were submitted from 101 countries around the world, making the selection process daunting for our jury. They persisted and chose 71 films for the official selection and 2019 edition catalogue. Of these 28 films were selected as semi-finalists and screened at the festival in Vienna. The winners and runners-up in the categories documentation, fiction and jury special were announced on stage for the festival finale.

After having a great two festival days in Vienna, we kicked off our festival tour. Our first stop was in Bandung, Indonesia and the tour goes on. Check our upcoming and past tour stops!
Or write to us, if you would like to help organize a festival stop in your city!

Don’t forget to sign up for our newsletter, to stay up to date!